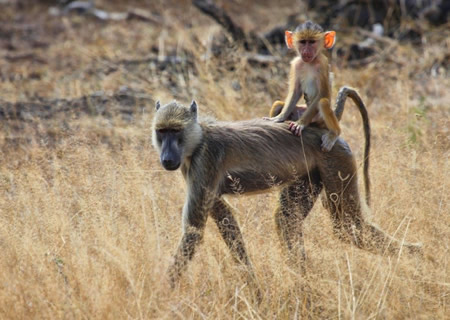 Selous reserve, showcase the most abandoned destination in Africa, and this has contributed highly to its charm. This large untouched land showcases nature with all of its glory giving off a jungle vibe in Tanzania against all that pollution. Its famously known for its role in the great annual Migration used by herds of elephants. This park provides an added advantage to those on the Migratory safari as apart from the millions of wildebeests, one gets to watch thousands of elephants at Selous.

At 55,000 sq KM, Selous is the second largest park in the world hosting millions of wildlife including large herds of Rhinos and Elephant which had reduced in the past year due to poaching but now are on an increase.

The master piece of Selous is the Rufiji flowing through the heart of the park displaying an amazing view of large schools of Hippo’s rambling about while Crocodiles lazy around and can be mistaken for rough boulders on the banks.

While on a safari to Selous reserve, keep an eye out for the Plains Game’ including; the rare Sable Antelope, Hunting Dogs, Spotted Hyenas, Lions, Greater Kudus, Waterbucks, Leopards, Buffalos and Elephants.

Being the largest reserve in Africa – 4 times the size of the Serengeti. It possesses a lot more than what has been documented from its diverse landscape, hot volcanic springs, sporadic lakes, channels from the Great Rhaha and Rufiji rivers, over350 species of bird and 2,000 species of plants. All this makes Selous the gods gift to Africa.

Although this park is famously known for its elephants, rhinso and hippos, it is a sanctuary to many more including; zebras, giraffes, wildebeests, lions, leopards, the spotted hyensa, buffalos – the largest population in Africa; Nyasaland gnu, brindled gnu, hartebeests, Greater Kudus, sable antelopes, elands, reedbucks, bushbucks, waterbucks, warthogs, hunting dogs, over 350 species of bird and crocodiles.

For one on immigratory safari, the month, July to October are the best.  And for one looking to enjoy the park December to June is your visiting time.

Recommended days to Visit the reserve

With so much to see in the reserve, we recommend at least three days safari as this is a big park with so much to offer. For a photographer, the longer the stay, the higher the chances of capturing that one photo.

In Selous park, accommodation is mostly found in the Northern park. One will either enjoy the luxury tented camps or lodges providing a meal plan of Bed, Breakfast, Lunch and Dinner. For all visiting this park with Escape To Africa, you are guaranteed of comfort throughout your stay in Selous. 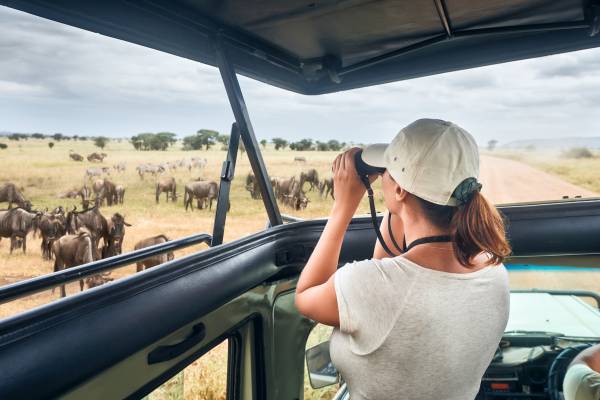